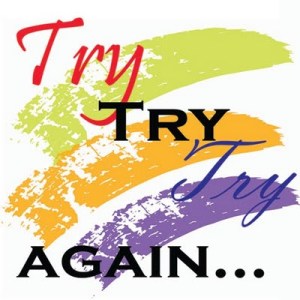 The first time I had to call the cops because Luz María was so out of control, she was 7 or 8 years old.  Sherod was in Connecticut because, after months of scrutiny and back and forth, he was in serious consideration as a candidate for suffragan bishop.  This was the big round of interviews.  Our girl kept escalating more and more and for longer and longer and I was worn out.  Her support team at school was also watching her spin badly and they recommended I call the cops if things went south again when I picked her up at school that afternoon on a chilly winter day.  Immediately after we got home she started getting aggressive again.  I called 911 and it didn’t take long before there was a loud bang on the door and I let two cops  in.

The long and the short of it was that they explained that for a child that young, the Baker Act was moot—there are only a couple of child psychiatric units in Southeast Florida and so far away that neither the police nor the local ambulances could transport her to either.  I’d have to take her myself.  What they did do was take her out and talk to her very seriously before leaving.  When the door shut, María went into her room and curled on the bed in the fetal position.  One of the self-soothing behaviors she’d brought from México was the habit of sucking on her tongue very loudly.  She lay on the bed for several hours doing that, unresponsive to any of my efforts to reengage with her.  But at bedtime, when I was almost asleep, she came into my room and asked if she could sleep with me.  How could I say no?

Early, early the next morning, probably at 4:30 or 5, I felt a butterfly touch on my arm and heard a little voice that said in the dark, “I’m sorry mami.  I thought the policemen were going to take me away and I was not never going to see you again”.  I scooped that little light of my life into my arms and I think that was the first time I said, “Luli, I will never stop loving you and today, we get to try again”.

If there is a refrain to the song of our life together, that is it: “we get to try again”.

Today was insanely busy before church.  We were moving to a new service schedule and we were celebrating the first-ever Latino wedding at the 10:30 bilingual service.   I was up at 4:15 AM, finishing two totally different sermons.  At 8:00 I was wrestling with two large banners and a desk stapler.  The “industrial stapler” had gotten jammed so I was struggling to get the two banners to stay up on the sign board we have for them.  The South Florida humidity of summer was in full force, my glasses were fogged up,  I was fretting about the sweat streaming down the back of my black clergy shirt, and trying to convince myself that if my hair was a disaster and my nose totally shiny, that was OK because I was not the bride. With the grass all soggy and gross, I thanked my lucky stars I’d carried in my pretty blue shoes to wear during the services and had on my crocks while I got the banners up.  Oh vanity of vanities, all is vanity.

When the banners were finally up, more or less, I went back into my office where my iPhone buzzed.  I’d missed a call from BARC Housing.  My fingers could not move fast enough to call back and then, I was fighting back tears and talking to my daughter after 6 days of absolute silence from her.  The conversation had the utilitarian tone I know so well.  María wanted to know why she couldn’t go to church today.  Now you have to understand, this daughter of ours has fought us tooth and nail for years, really acted out, because she hates going to church.  I told her there was no way we could work that out today.  I also told her we’d need to figure out how to be a family now that so much has changed before she’d spend time with anyone else beyond the folks at BARC.  To which she immediately replied, “OK.  How about you take me out to lunch today?”

We didn’t make it to lunch but we did pick her up and take her to a Starbucks close to BARC in the late afternoon.  When we first saw each other we were all very careful and circumspect.  There were a lot of other residents wanting attention so we walked out of the building quickly, María and I ahead of her dad, both of us looking straight ahead. We hadn’t walked 5 paces out the door when her hand slipped into mine and held on tight.  Our visit with her was delightful.  She and I had to pop into a Publix in the same strip mall to get shampoo and soap.  We played the grocery store games she and I have played since she was tiny.  When it was time to leave, I walked her into her new home;  we both joked around and did our cool thing with each other.  We set the time for a call this evening and dinner on Wednesday.

María told us enough about the past few days and nights so I know that when she goes to bed tonight, she will lie and miss us and think about us.  The last thing Sherod will say after turning out the lights is “Good night, María” and I will add, “May the angels and your Good Shepherd keep watch with you tonight.”  We said this every night during the two years it took us to finalize her adoption all those years ago, and I suspect we will say it for a long time to come.  All three of us will grieve in our own way that this is how it is for us now.  And we will also, all three of us, be safe.  Once more, we get to try again.

2 thoughts on “We Get to Try AGain”