I did it! I made a snow angel and it was colder than all get out because right under the snow was a layer of ice. I had been talking to a pair of workers who were shoveling snow in Central Park and they drove by on their golf cart just as I got started crossing over a little fence into an area of perfectly untouched snow.  One of the guys was a Salvadoreño whose daughter is studying cinematography at NYU and offered to take my picture.

I also indulged in the luxury of having lunch at the food mall at the Plaza–fresh ricotta and prosciutto on toasted farmer’s bread with chives and a tiny drizzle of olive oil. YUUUUMMMM 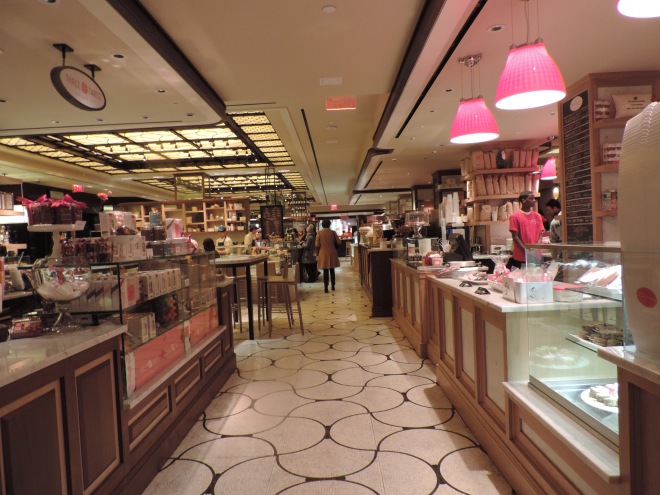 The colors are so amazing on a sunny day after the snow has stopped.

I worked very hard this afternoon and still have a business dinner to attend in a while.  The news from back home is that my girl is back on a self-injuring jag, bad enough that today she had to be taken from school early because she had caused two pretty significant wounds on her arm.

I finally figured something else out about rage, grief, loss and life:  I can’t save her. I can’t redraw the contours of her life. I can love her. And that is enough…

2 thoughts on “Cold and Beautiful”