I was awake before dawn this morning but it was still a gentle, slow start, slowly grinding the coffee beans I roasted before we travelled to California, eating the most amazing strawberries our Airbnb hostess left in the cabin we rented in Bodega Bay. 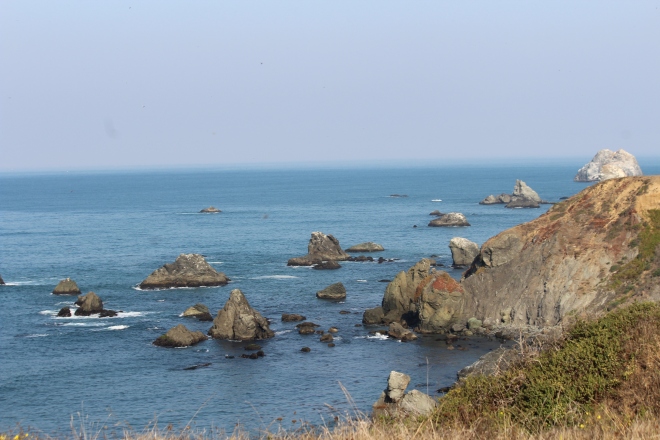 By about 7:30, I was headed out the door to Shell Beach up the road from us, to hike on a trail that runs south along the cliffs that overlooks the Pacific and then follows a fold down to a small cove beach far below. It’s a loop when the tide is low but even at higher tide, the climb down to the small beach, though strenuous, is so beautiful you hardily even notice. I sat on a large piece of driftwood, played for a long while with shutter speed and aperture on my camera, as I watched the surf dance with the enormous rocks that dot the coastline and took dozens of pictures. Few of the pictures are any good but that’s ok because I will try again tomorrow.  When it was time to head back up the trail and home, I was delighted once again by tiny succulents growing in the crags and crevices of the California shoreline.

There were deer and quail and butterflies along my path and behind me, beautiful young surfers riding their waves and their bliss.  Not that the suffering isn’t real and the brokenness of the world harrowing, but that one in my vocation needs a reminder that even so, all creation rejoices in the beauty of a new day.

I came home in time to shower, with the window open wide and a hummingbird bush and rose vines waving in a gentle breeze.  The utter luxury of having a beautiful view as I washed my hair! 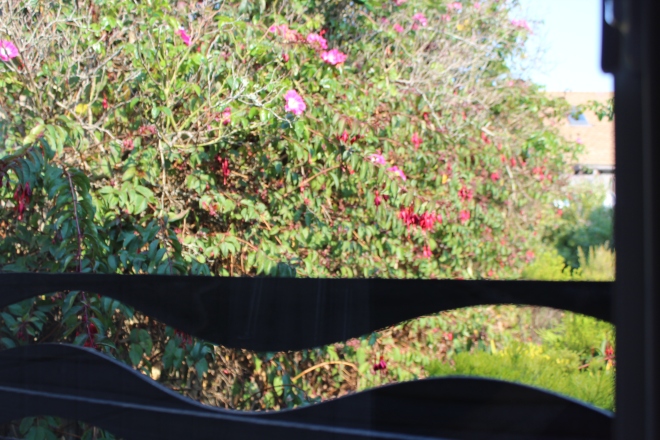 We got ready for one of two extravagances we are allowing ourselves on this vacation. This weekend, Sonoma County hosts something called “Sonoma Wine Country Weekend”. It’s a somewhat bacchanalian celebration of good food and good wine that lasts for the weekend and includes all kinds of events. Most of them will involve massive numbers of people so at first we thought we’d sidestep this extravaganza. However, to launch the weekend, local chefs and better known vineyards in the area joined forces today to offer luncheons for small groups of people. Sherod and I decided to buy tickets to attend a luncheon at Balletto Vineyard with the meal prepared by Thomas Schmidt of a restaurant in Sonoma called John Ash & Co. Along with 22 other guests, almost all of them locals who know their wine and were so warm and kind, Sherod and I had lunch on a beautiful patio.

The food was spectacular and the wine, what you’d expect from a vineyard that’s won a number of awards–I could have sat all by myself in a corner, with a bottle of their Pinot Noir or their Brut Rosé, though I hardly ever drink. Anthony Beckman is the Winemaker at Balletto who entertained us with stories about making the wines we enjoyed. Though it was hot as forty hades (104 according to the temperature gauge in the car when we left), the people we sat with were so charming that it really didn’t matter.

And again, it wasn’t the amazing vistas that really moved me. It was the vines laden with grapes and the apple trees loaded with the most beautiful fruit in the area, the bees busy at work among the small flowers of a rosemary bush in the patio of the Balletos’ house, that I could have spent hours photographing and marveling over. 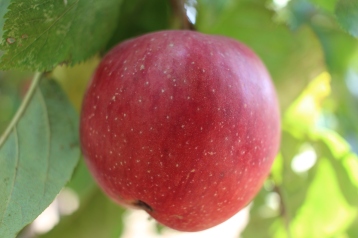 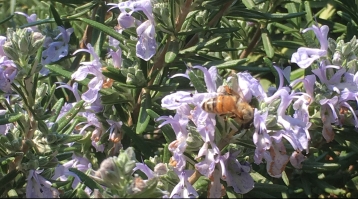 In a while, the Mallowman and I will do what we did last night: pack some olives and nuts, a bit of cheese and sourdough bread, apricots, strawberries and a nice bottle of wine in my backpack. We’ll head over to a picnic table on one of the cliffs overlooking the ocean and talk a bit, laugh (God, I’d forgotten how much fun it is to laugh with my husband), and then call it a day.